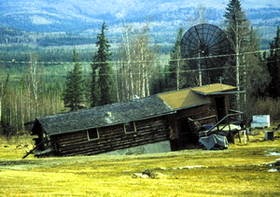 This article from KNBA out of Alaska is really interesting. In Alaska, infrastructure such as bridges, roads, buildings and runways have been built on permafrost- soil that became frozen from hundreds to thousands of years ago and remains frozen year-round.

Fairbanks used to have winters that stayed below zero degrees for months at a time. Reportedly due to climate change, the winters are much warmer now. And that’s thawing out the permafrost. Which is playing havoc with transportation facilities such as roads. And costing a lot of money in maintenance and preservation.

Check out the full story at the link above.