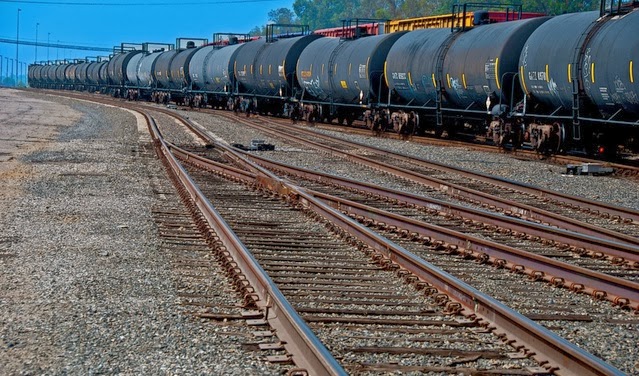 We’ve been hearing a lot lately about oil and coal trains through our area. Many people are worried about the health impacts of such trains, while here at SRTC we are interested in the impacts to traffic, such as if increased train traffic cause longer delays to vehicle traffic.

Last night, according to KREM TV, Spokane’s City Council voted unanimously to regulate the trains that carry crude oil through the city. The resolution calls for more studies of oil trains and protections for the city.

The City Council’s vote will force the federal government to include Spokane in its environmental impact statement. Mayor David Condon issued the following
statement last night regarding the movement of trains that transport oil through our
community:

“The safety of Spokane is my top priority. It is our
responsibility to understand the risks and potential impacts associated with
crude oil rail shipments so that we can plan accordingly. A collaborative,
informed approach will yield the best results for our community.
We as a community must urge the appropriate federal
agencies, the nation’s tank car owners and manufacturers, crude oil shippers,
and freight railroads to adopt fleet standards for cargo movements.
I have taken several initial steps to better coordinate
emergency planning and response in our community. Earlier this month, while in
Washington, D.C., I had discussions with our federal Congressional staff. Ed
Lewis, the new deputy director of emergency management for Spokane County, will
join my Cabinet as a liaison to facilitate better emergency planning. I have also
requested a briefing for the public safety committee of the City Council, to
share information, identify any gaps and discuss potential next steps. And,
later this week, I will be meeting with the federal Government Accountability
Office to discuss freight traffic through our community.”