Mapping the Paths Most Taken 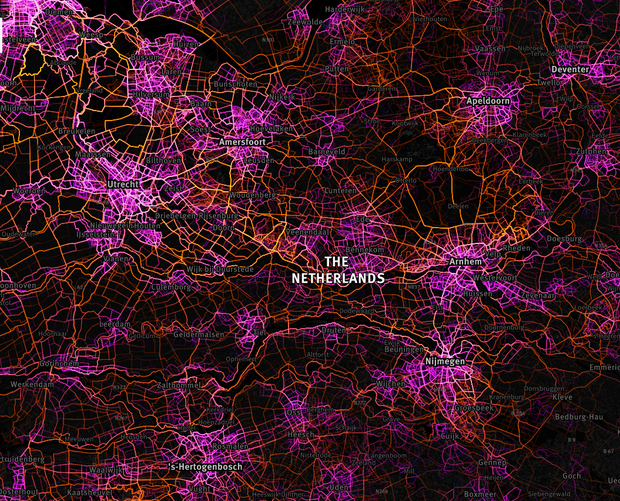 You probably have some favorite routes to walk, run or bike. And you might notice some of the same people using the same routes everyday. But how many people use the same routes? And why are some so popular and others not so used?

One of the developers of Mapbox, an app to make interactive maps and data visualizations, used routes recorded on Runkeeper, an app that allows you to map where you travel on a daily basis, to find good routes to run when he was traveling to unfamiliar cities. After laying these routes over maps of the cities, he started noticing some things.

For instance, it became clear that given a choice of running by water or not, most people will run by water. And that there are very few unexplored places anymore. Citylab has more on these maps and where people are going.