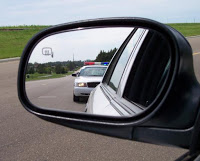 Speeding drivers are involved in a crash every 30 minutes in Washington State, according to annual data. Speeding is the third-most common factor contributing to fatal and serious injury collisions. It is often combined with other dangerous behaviors such as aggressive driving, impairment by drugs or alcohol, and not wearing a seat belt.

The extra speed patrols bring public awareness to the issue. They will take place across the area so the best way to avoid a ticket is just to slow down.