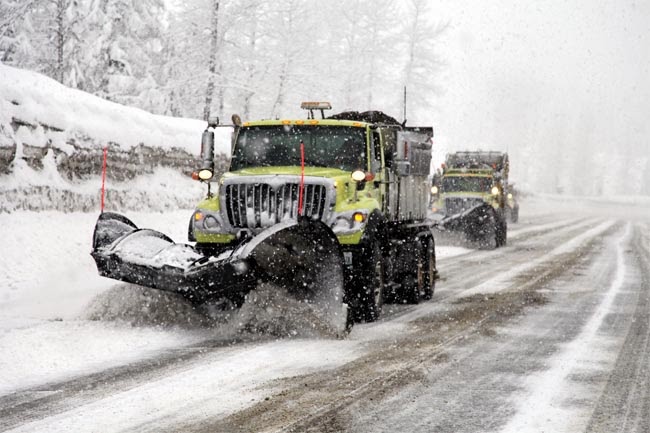 You would think that with the minimum amount of snow we’ve had this winter, until yesterday, local jurisdiction’s snow expenditures would be minimal right?

Not so, says the Washington State Department of Transportation. From the WSDOT Eastern Region January 2014 Update newsletter:

“Even though we haven’t had to plow the roadways as often, our winter
snow and ice expenditures still remain about average.  Whether the truck
plow/de-ice trucks are pushing snow or applying chemicals, the operating costs
for fuel and labor doesn’t change much.  One advantage of a milder winter
is that our crews are able to keep up with some of their regular highway
maintenance tasks such as guardrail repairs, sign work, and damaged marker
replacement.  Also, when we get into a spring freeze-thaw cycle, the crews
will start trying to keep up with pothole repair.”