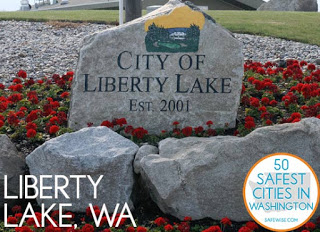 Every year, SRTC puts together a Transportation Improvement Program (TIP), a program of transportation projects to be constructed or implemented in the coming four to six years. We’re not the only agency to do so, every other jurisdiction has to make their own TIP if they hope to get state or federal funding.

The Liberty Lake City Council has recently been taking a look at their TIP and what’s on the agenda for the next six years. That city’s TIP includes street and pathway upgrades, a freeway interchange at Henry Road, and preservation for streets like Country Vista from Broadway to Liberty Lake Road, Liberty Lake Road from Sprague to Country Vista and from Country Vista to Appleway. In all, there are approximately $16 million planned for 18 projects between 2016 and 2022.

The Liberty Lake Splash has a closer look at the city’s TIP, as well as planned Capital Facilities Improvements for parks and other infrastructure.