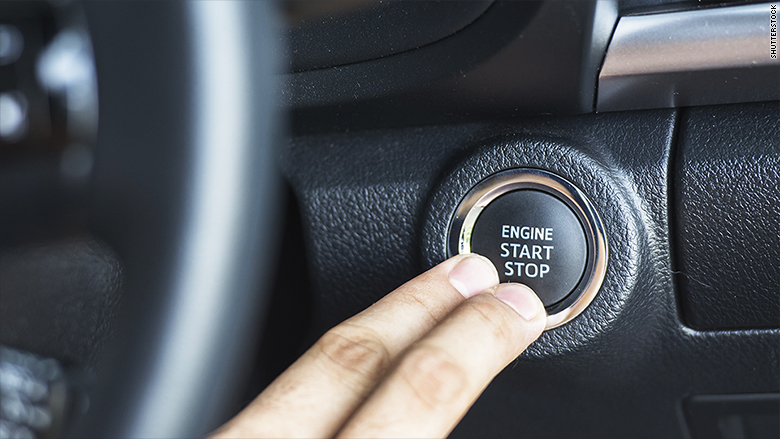 Some new technology aimed at making life easier is having some unforeseen side effects. The new cars that are powered on and off with the push of a button, rather than turning a key can be deadly it turns out. The New York Times reports that there have been several cases of fatal carbon monoxide poisoning of people who either forgot to push the button to turn the car off or who believed that when they left the vehicle carrying their key fob, that it would shut itself down.

Apparently there have been more than two dozen of these incidents where a keyless vehicle was accidentally left running in a garage nationwide since 2006. There have been dozens of other cases that have resulted in injury and some brain damage reported.

Keyless ignitions are now standard in over half of the 17 million new vehicles sold annually in the United States. The new quieter engines have been known to fool people into believing that the engine isn’t running.

.Seven years ago, the world’s leading automotive standards group, the Society of Automotive Engineers, called for features like a series of beeps to alert drivers that cars were still running without the key fob in or near the car, and in some cases to shut the engine off automatically.

The National Highway Traffic Safety Administration proposed a federal regulation based on the of a feature that beeps to alert drivers cars are still running but the auto industry opposed the idea and it never moved forward. Some automakers have taken it upon themselves to add such features, such as Toyota, which has a system of three audible signals outside the car, and one inside, to alert drivers getting out of a vehicle that the motor is still running.

Ford’s keyless vehicles have a feature that automatically turns off the engine after 30 minutes of idling if the key fob is not in the vehicle.