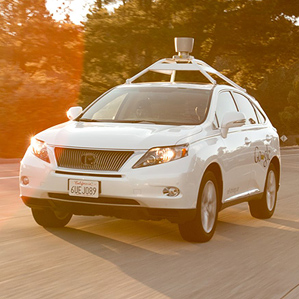 Well, you don’t have to convince me as I’m the first to admit I’m not the best driver, but Google says their driverless cars are safer drivers than you or I.

Data gathered from the “robot” cars shows that they are safer and smoother when steering themselves than when a human takes the wheel. One of those analyses showed that when a human was behind the wheel, Google’s cars accelerated and braked significantly more sharply than they did when piloting themselves. Another showed that the cars’ software was much better at maintaining a safe distance from the vehicle ahead than the human drivers were.

That makes sense to me, as the driverless cars aren’t in a hurry to get where they’re going, or experience road rage.

Here’s more on why we’re inferior to robots from the MIT Technology Review.