IDOT Not Joking With Their Signs- Or Are They? 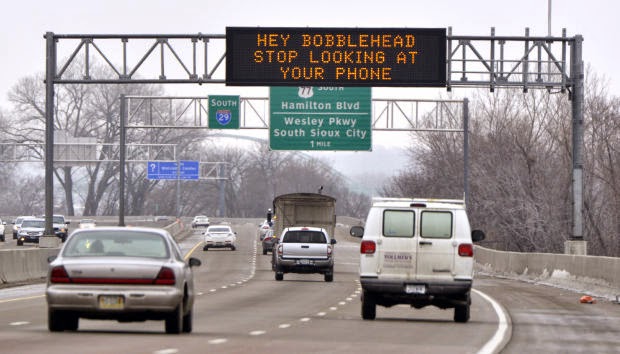 The Iowa Department of Transportation is getting sassy- to get your attention. They’re putting irreverent signs (like the one to the right)
on the interstate near Sioux City, in the name of safety.

Another sign parodies the pop song “It’s All About That Bass,” reading “It’s all about the belt … the belt … just click it.” The department even filmed a video parody of the song.

The signs received notable attention in October when actor George Takei, who portrayed Mr. Sulu on “Star Trek,” shared an IDOT sign on Facebook that said, “Get your head out of your apps.” Here’s more on them from the Sioux City Journal.