Hundreds of Thousands of Subarus Recalled 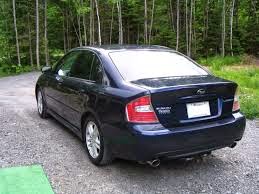 Subaru is recalling more than 660,000 cars and SUVs because the brake lines can rust and leak fluid.

In documents filed with the U.S. government, Subaru said that salty water used to de-ice roads in cold-weather states can splash onto the brake lines through a gap in the fuel tank protector, causing rust. If they leak fluid, it could take longer to stop the car and increase the risk of a crash. Dealers will replace the lines if needed and apply anti-corrosion wax.