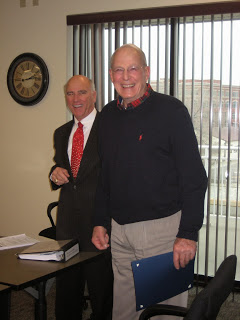 SRTC staff would like to offer our condolences to the family of former Spokane Valley City Councilmember Gary Schimmels. Mr. Schimmels was also a long-time member of the SRTC Board until the end of 2013 and always a champion of our agency, even when we were struggling with identity and leadership issues.

Mr. Schimmels was a dedicated public servant, always willing to volunteer his time on subcommittees or special projects, and always had a story to share. He would arrive early and leave late from meetings at our office so he could chat with and catch up with staff. He was always cheerful and a positive influence.

He will be greatly missed around the SRTC office.