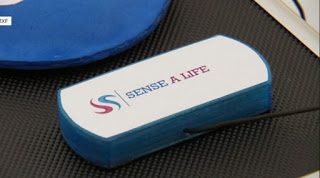 It happens fairly often; a child gets left in a hot car in the summer and either dies or suffers serious
injuries. We wonder how someone could just forget to take their child out of the car but people say they just have so much on their minds these days, and if a child is quiet and sleeping, it sometimes slips their mind that they aren’t in the car alone. Two Florida dads invented a device to hopefully prevent this from happening in the future.

According to Fox 29, Sense-A-Life uses a voice alert that goes off when a car door is opened to remind parents to take the child out. If ignored for a certain amount of time, a second alert is sent to a second parent or designated adult.

According to the National Highway Traffic Safety Administration, at least 30 children died from heat strokes in cars in 2014, the latest year with data available. It is the second most common cause of death for children under the age of 14, besides crashes.

The inventors are now looking for investors to take the device worldwide and starting a Kickstarter.com campaign.