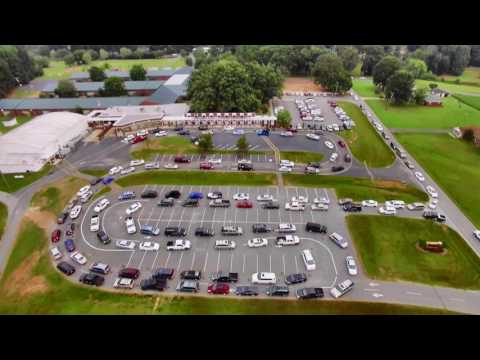 This video makes my head blow up. We often talk in the office about congestion around schools- usually caused by people dropping their kids off rather than having them ride the bus or walk. Apparently this is an issue nationwide because this North Carolina Department of Transportation video shows the measures taken to keep parents dropping kids off at a Charlotte, North Carolina elementary school from backing up onto the road that runs by it.

According to Streetsblog USA, even with two lanes of cars working their way toward the drop-off point, the experiment wasn’t successful though because there were SO many cars that they still spilled out into traffic. And the whole process took almost an hour to get all kids dropped off.

Officials say the district does have school buses, but many parents think they come too early, so they drop their children off on their way to work. The school draws from a radius of about 15 miles, so not all kids could walk or bike even if it were safe to do so. But it doesn’t appear to be safe when they would have to try to get past all these cars on foot or bike.

Maybe it’s time to require students who can to ride the bus?