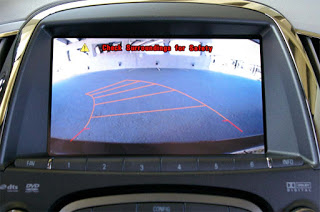 According to the Washington Post, back-up cameras have been around longer than other car safety technology, so the government has years of data on their impact. Between 2008 and 2011, the most recent years for which data is available, back-up cameras more than doubled from 32 percent to 68 percent of all new cars sold. Even so, injuries fell less than 8 percent- from about 13,000 down to 12,000.

Today, only 20 models out of 362 industry-wide don’t have backup cameras. By 2018, they will be mandated in all new vehicles as a way to cut down on injuries and death. The fatality rate has improved somewhat, dropping 31 percent since 2003. Research shows deaths declined from 274 to 189 between 2008 and 2011, and the number was volatile year to year.

The cameras do reduce blind spots by 90 percent, according to a study by the Insurance Institute for Highway Safety, but people are still hitting things as people are being distracted by many things while in reverse.