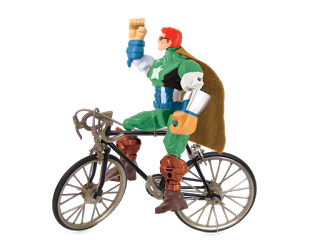 Amsterdam is going the extra distance to ensure its reputation as the most bike-friendly city on the planet. The city will appoint the world’s first ever “bicycle mayor” this summer. This chief cyclist will promote cycling in the city, serving as a go-between connecting city hall, riders, community groups, and anyone else interested in cycling. The hope is that eventually other cities will elect a bike mayor to promote bicycling.

The bike mayor will be selected through a public vote and the deliberations of an expert jury. Funding for the “project,” as yet to be confirmed, will likely be a combination of public subsidy with sponsorship money.

The bike mayor won’t have direct executive power, but an open audience with the authorities and everyday people, giving them the ability to advocate for better conditions and shape policy.